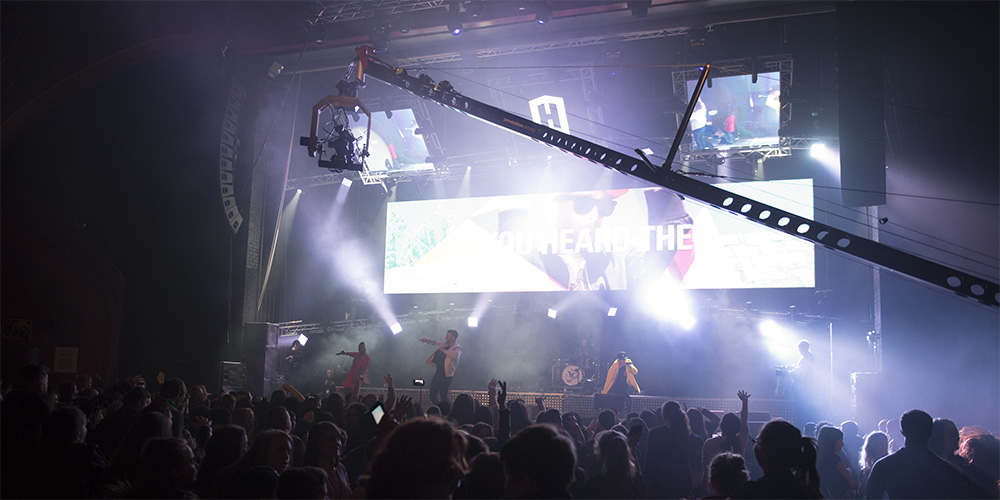 MTS-Live produced over 50 school shows followed by five nights at the Manchester Apollo for the Message Trust. They wanted to put on a memorable event for Manchester's up and coming young generation with performances from eight different bands over five days.

The production concept incorporated an outstanding lighting show which was all pre programmed using 'CAST wysiwyg Perform' software. The design used a wide range of fixtures to provide a unique light show. All controlled by two ChamSys consoles, the fixtures were able to be pixel mapped together across the stage to create a pioneering light show.

A moving truss system was used which enabled dynamic looks above the stage during the show, creating different stage layouts throughout each performance. The show also incorporated four flame jets, four CO2 cannons and 12kg of confetti for the grand finale.

A d& Audiotechnik V-Series system was implemented to ensure a great sounding experience for every audience member along with a Digico SD console at both FOH and monitor positions using Optocore connectivity to provide ultra-redundancy. The stage was equipped with a d&b Audiotechnik wedge monitor system and Sennheiser in-ear monitor systems to provide the bands with great sounding monitor mixes. Shure Wireless Workbench was used for all the frequency co-ordination of the wireless microphone and in-ear monitor systems and for monitoring systems during the show.

With virtually no change over time between speakers and bands, the stage crew had to be extremely well organised. Rolling drum risers were used and a flexible patch system was designed to allow the crew to handle change overs quickly and efficiently. 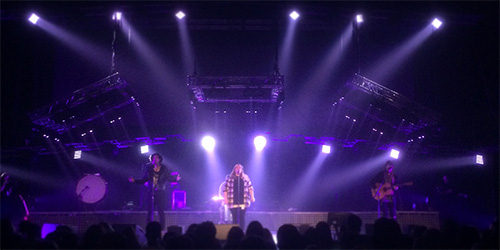 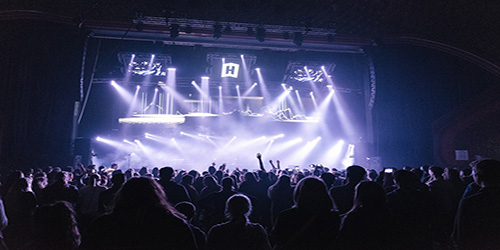