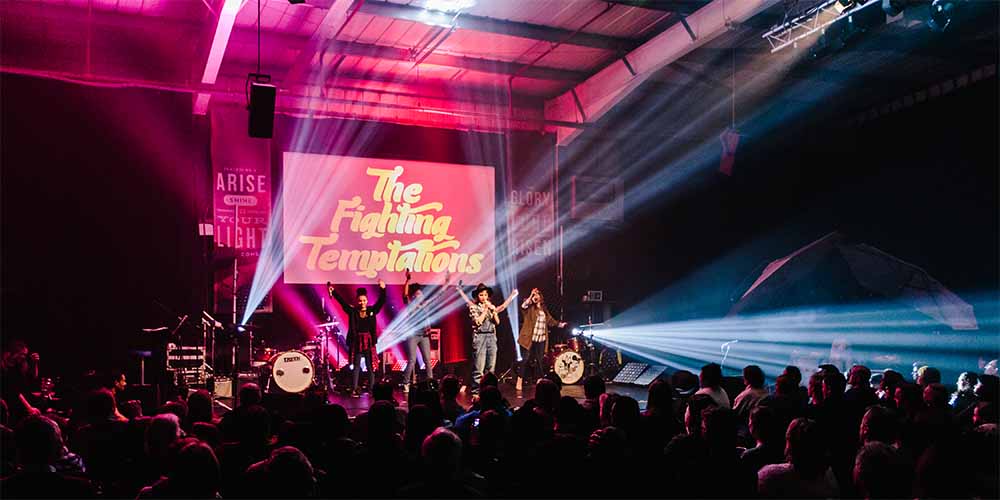 The Message Trust is a Christian charity based in South Manchester whose aim is to improve the lives of young people, through schools, prisons and community work. They have a number of bands and music artists who perform for and speak to young people across the UK. MTS Live has had an on-going relationship with The Message Trust for many years, providing technical production for much of their schools and prisons work, as well as their larger events around the country.

So, when The Message decided to convert part of their building into a live music venue, MTS Live were happy to assist with the project. The venue would be used as a rehearsal space for the bands, a place for The Message team to worship and would cater for external events. The Message were able to utilize some equipment that they already owned but a new sound system, mixing desk and monitor system were required to ensure that the audience and musicians would benefit from a top-quality audio experience.

After visiting the proposed venue space and having discussions with The Messages technical team, it was decided that a flown point source system would be the best option for the space. D&B Audiotechnik is a speaker manufacturer that we trust, know is reliable and sounds great, so it made sense to go with them for the project. This would also mean that the installation could be backed up by MTS Live’s extensive hire stock of D&B Audiotechnik speakers in the unlikely event that there was ever a problem with the system.

Using R1 speaker simulation software, the venue could be drawn out and the speakers could be placed in the optimum positions to ensure that there was even audio coverage across the whole venue. This could all be visualised on the software before any installation work commenced to save time and costs during the installation process.

Due to the width of the venue, D&B Audiotechnik Y10P speakers were specified as they provide a wide coverage dispersion to ensure pristine audio right out to the extreme sides of the space. A Gravlock girder clamp solution with a threaded rod drop bar were used to fly the Y10P’s, allowing them to be positioned at the optimum height. These were paired with 4x C4 subwoofers which were installed on the floor across the front of the stage providing ample low frequency coverage throughout the venue.

The whole system was powered by 2x D12 digital amplifiers which when networked to the R1 control software allowed the installation engineers to quickly make changes to the sound system, ensuring the best possible sounding system. 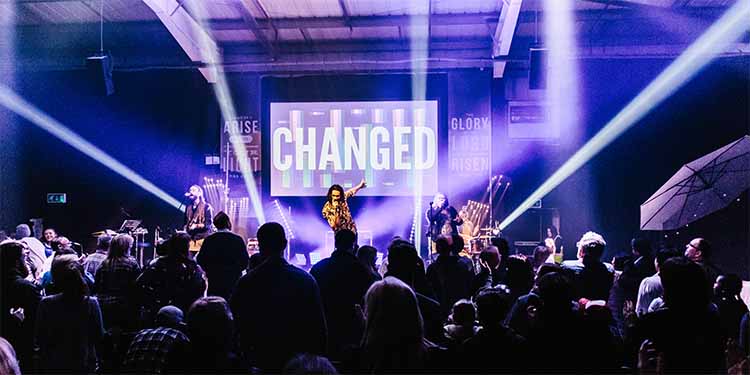 Along with the sound system installation, a new mixing desk was also required as The Message wanted to swap out their older existing console. A digital desk with a minimum of 32 channels was needed, along with enough outputs to feed the FOH sound system and to provide stereo in-ear monitors for the musicians on stage. A recording feed and an additional feed to another room in the building were also required.

After considering numerous options, an Allen & Heath SQ6 was the preferred choice for the venue as it either met or exceeded the requirements of the brief whilst still coming in on budget. MTS Live’s hire department already stocks a number of Allen & Heath desks so were well aware of the SQ6’s capabilities and quality sound. Our install engineers fully programmed and set up the desk during the installation process to cater for all the requirements of The Message’s technical team, whilst still leaving room for expansion at a later date.

2x Allen & Heath digital stage-boxes (AR2412 and AB168) were installed on the stage to make patching simple and to ensure neat and tidy cabling around the stage area. The system required just one CAT5 cable to be connected between the mixing desk and the first stage box and then an additional link between the 2 stage-boxes. This meant there was no need for large multicore cables for carrying the audio signals, 40 inputs and 20 returns could all be sent down a single cable. A second CAT5 cable was also installed as a redundant back-up.

We have been working with MTS on live production for many years, but they have also been a great support to us on our venue installation needs. We highly recommend their professional team - Ian Rowbottom, Executive Director, Operations.

To help keep stage noise to a minimum, in-ear monitors (IEM’s) were The Message’s preference for stage monitoring. They already had 4x Sennheiser wireless in-ear systems of their own that they used for vocalists, but they required some additional systems for band members. More wireless systems were not feasible for a number of reasons, so a wired option was the only way to go.

Allen & Heath ME-1 personal monitor mixers were spec’d for the job as they are an ideal IEM solution for this type of installation, allowing each band member to control their own monitor mix from the stage. They are simple to integrate into the system using CAT5 cables and more can easily be added in the future as and when they are needed. They also allow each band member to save their mix to a USB memory stick and load it up the next time they come to play. 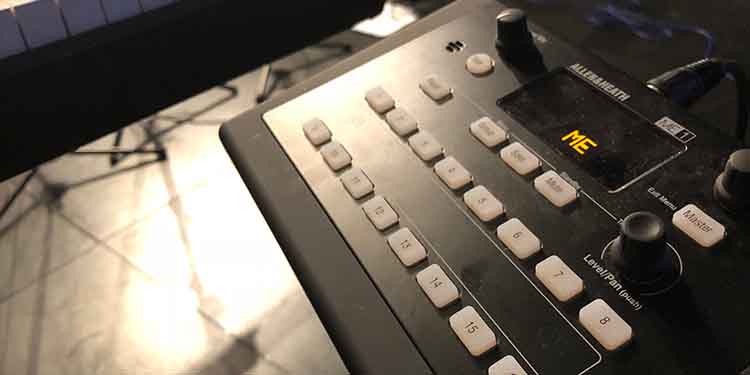 The installation was completed within the required timescales and on budget. Training was provided on all the equipment and MTS Live has continued to support the venue, providing technicians to help run events and supplementing the installed equipment from the companies hire stock for larger events.