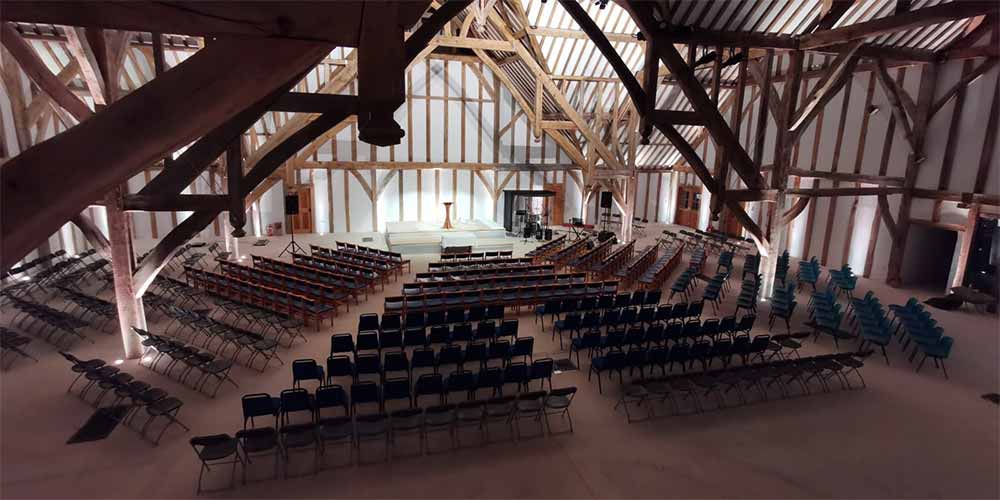 The Ark church in Isleham is one of the largest self-build projects in the east of England. High Street Church in Isleham, Cambridgeshire had begun to outgrow their existing building and in 2008 gained planning permission to build a brand new, green oak building (the largest of its kind built in living memory) just outside of the village as a home for the ever-growing church. The building of the church has been an 11-year project, with the church making its permanent home in the building at the end of 2019. 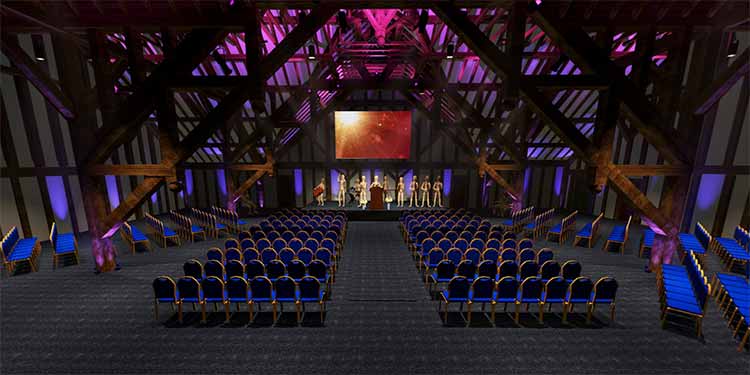 With such an impressive building to work with, we wanted to ensure that the structure itself was incorporated into the lighting design. To do this, Illuminarc Inground IP fixtures were installed around the perimeter of the space which provided a neat way of uplighting the walls and internal structures. 24 Chauvet Ovation H605FC house lighting pendants were also installed, suspended from a high level which provided a great even coverage across the congregation space.

The brand new Chauvet Ovation P-56FC colour par fixtures were also installed to provide some additional colour across the ceiling beams. Our on-going relationship with the Chauvet team, meant that we were able to secure some of the first units coming into the UK for this installation. 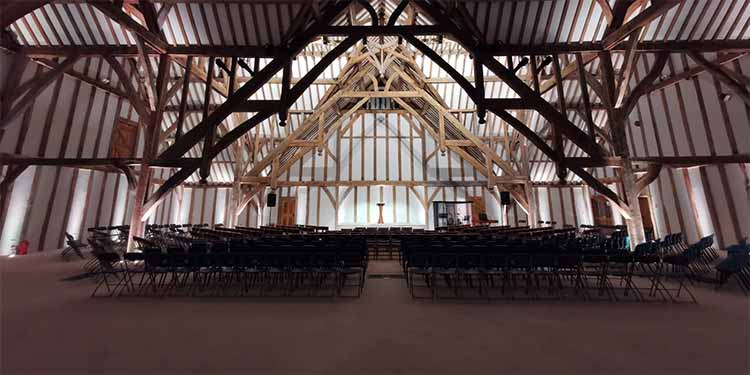 Stage lighting was delivered with a combination of Chauvet Ovation F145WW fresnels and E260WW profile lighting fixtures that gave a natural tungsten-white colour whilst maintaining the energy-efficient LED light source. Due to evolving client requirements, 4 additional moving head washes were added late on in the project to give the ability to quickly refocus wash light for temporary uses without having to get access equipment in. 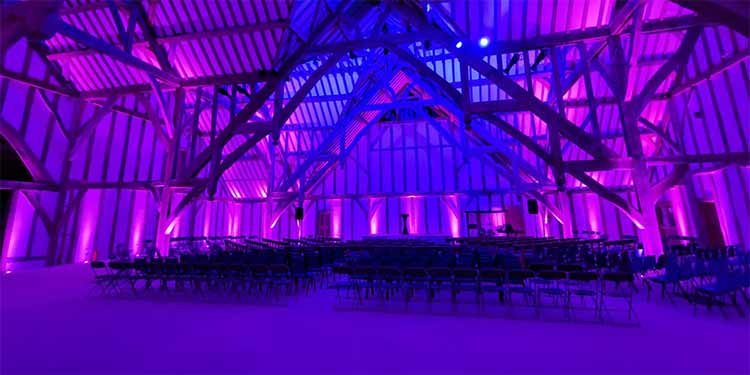 The control design was based around a Chamsys MQ80 lighting console and the brand-new QuickQ Rack which is a stripped back 4-universe rack-mount controller. Both the MQ80 and QuickQ rack were installed on the same network with the QuickQ running as a backup to the main console. When the main console is switched off, the QuickQ takes over and can be controlled remotely using a number of simple push button controllers. This was the first installation in the UK to utilize the QuickQ rack.

The client expressed a desire to keep the design as energy efficient as possible so a power distribution system was installed that could be turned on and off from the one button on the lighting console. 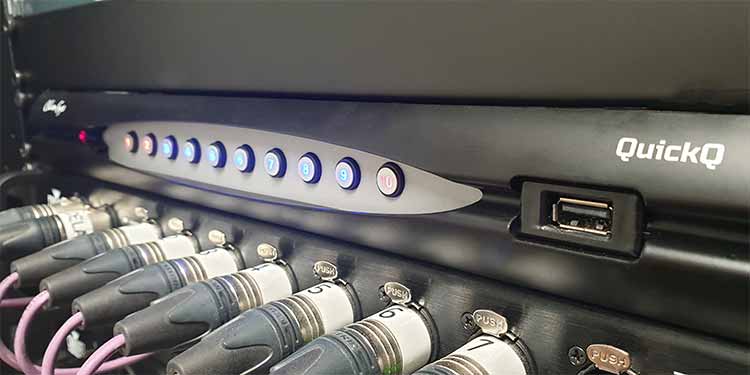 We have continued our close relationship with The Ark following the completion of the installation work. If you are ever in the area, be sure to drop in and take a look around as it really is an impressive building.