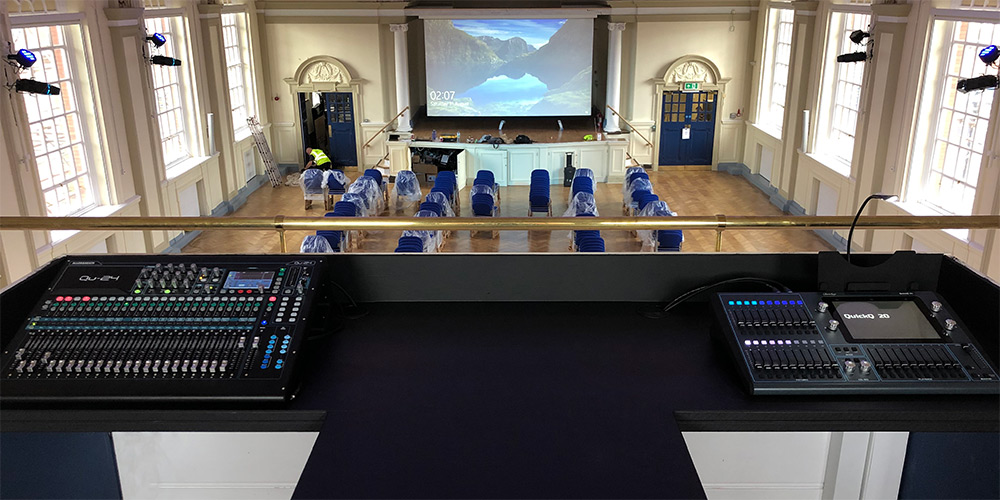 The Liverpool Blue Coat School recently refurbished Shirley Hall – a beautiful event and meeting space on their campus. Having worked with the school for many years on their performances, MTS Live were requested to come in to consult, and later provide the complete audio, video and lighting package for the space.

After the initial design brief from the School, MTS Live worked closely with Hightown construction and Cunliffe’s architects who were the principal contractor and principal designer on the project for the school – going through the design in great detail to ensure everything was delivered to the school as requested and within budget.

On top of all the technical requirements, the job was confirmed very last minute which meant MTS Live had to manage the timescales on the project carefully, working with a number of our excellent suppliers and manufacturer’s and adapting the installation work to make sure that the project was installed before the school started back on the 1st of September.

After looking at a number of options with the school, the audio design was based around four Bose MA12EX column loudspeakers that enabled speech to be delivered consistently throughout a very challenging acoustical space. With a high ceiling and a large amount of naturally occurring reverberation, MTS Live opted for the column loudspeaker as its excellent vertical pattern control meant that ceiling reflections would be significantly reduced – resulting in higher speech intelligibility.

A custom lectern was installed that included an integrated gooseneck microphone with built-in mute switch – providing the presenter with the option to turn the mic on or off themselves as and when they desired. An Allen & Heath QU24 was chosen as the central control surface along with an AR2412 stage rack. This provided a flexible but easy to use solution with the added bonus of wireless control via the Allen & Heath iPad app that allows the user to change volumes and settings from anywhere in the room.

Projector and Screen with Customised Lectern

Having looked at a number of options with both the school and the architects, MTS Live arranged for a demonstration of Digital Projection’s M-Vision 18,000 ANSI Lumen projector. The school were extremely happy with the demonstration and it’s combining 5m wide electric projection screen. To complete the system, MTS Live installed a Kramer presentation switcher, complete with push button controller that took care of all of the switching between sources and turning on and off of the various elements within the system.

At the centre of the video system was the customised lectern (including a Vinyl Printed logo) which had an integrated screen, keyboard and mouse allowing the presenter to fully control the content on the large screen. The lectern had the capacity to be plugged in on either side of the stage – giving the school the ability to move the lectern anywhere along the front of the stage to suit the presentation. 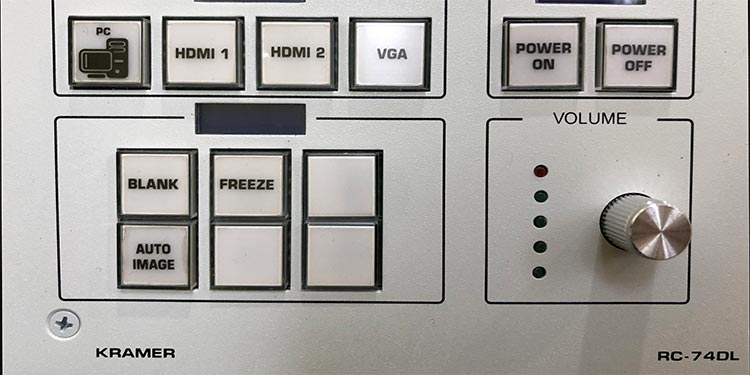 The school considered the lighting to be a vital part of the overall installation. Not only did they have the day-to-day requirements of a simple lighting wash to cover the stage and the area just in front of the stage, but they also required the infrastructure to be able to hire in additional lighting for their school shows. This would provide the option for them to take their performances to the next level as and when they required.

MTS Live chose the Chamsys QuickQ 20 console as the centre of the lighting solution. This provided a cost efficient, easy to approach lighting controller that is user-friendly and would be simple to use for both staff and pupils. It also has the added benefit that the lighting can be controlled wirelessly from the system’s iPad. 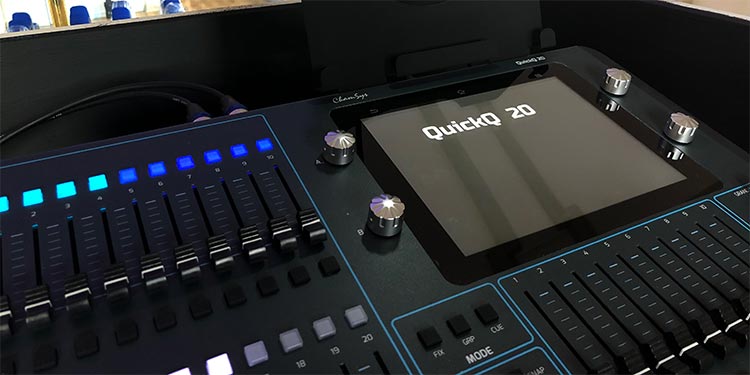 Often overlooked, the installed infrastructure was a key part of the solution MTS Live provided for Shirley Hall. Understanding the nature of the school’s one-off events, MTS Live were able to come up with a system specification that meant there was additional capacity when required. MTS Live also increased the number of lighting bars in the space and converted them to minimise power consumption but optimise control in the space.

The base level fixtures installed were versatile options from the Chauvet Professional Range. The fixtures provided all use LED light sources which not only meant that the units were energy-efficient but that the school didn’t have the expensive lamp replacements to manage.

The finished installation was extremely successful, and we have continued our relationship with The Blue Coat School, providing support for the installation as well as providing additional equipment for their school shows.